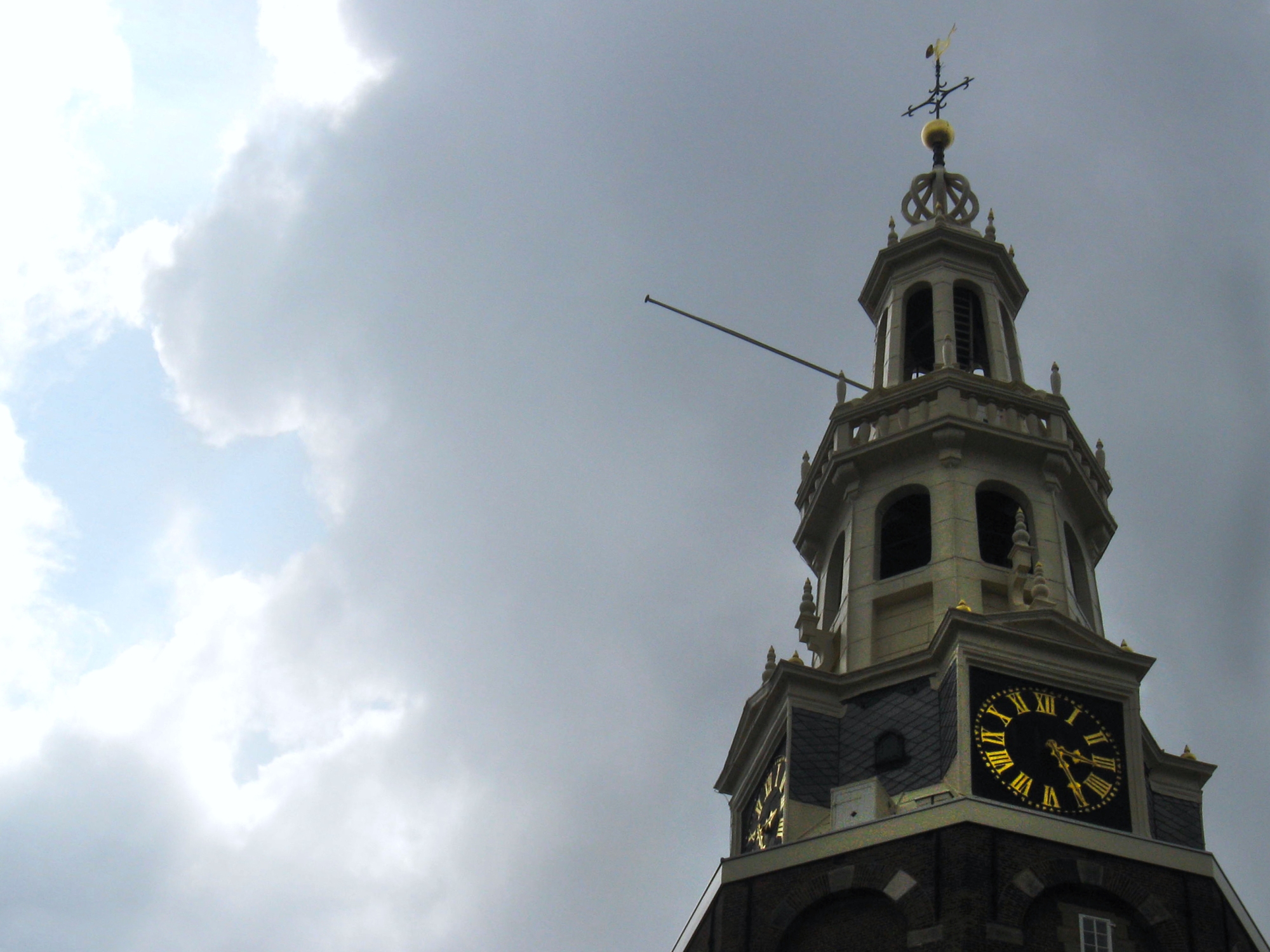 Amsterdam once had a city wall that protected the town.  This tower, Motelbaanstoren, was built in 1512, and though standing alone, it was once part of this large wall. The spire and clock were added in 1606.

It originally housed the military guards who used the tower as a look-out to keep watch for approaching enemies.  It was also used as a landmark for sailors visiting the city.  They would gather at the base of the tower before departing on long sea voyages.

Today the tower houses local government offices for the Amsterdam department of Sewage and Water Management.  I snapped these photos from a boat on an overcast June day in 2008.

Author • Costumer • Dancer • Historian I have a passion for museums, textiles, and coffee, and travelling all over the world to enjoy them! View all posts by davinadevine